Hidden Treasures: 5 unusual things to do in Salento

Home » Hidden Treasures: 5 unusual things to do in Salento

Salento is a geographical region within the political region of Apulia. This means that the last peninsula jutting out from the Italian peninsula, that strip of land that is literally closer to Greece and Albania than Rome or Milan, is not officially recognised as a region and yet its inhabitants and the Country at large treat it like one. There is a cultural, geographical and linguistic identity that embraces the province of Lecce and a (small and often questioned) part of the provinces of Brindisi and Taranto. Also known as “the Italian Maldives”, Salento has enjoyed a steady increase in national and international tourism over the past two decades, much to the delight of some of the locals (namely, those who own hotels, B&Bs, restaurants, bars and other establishments catering to tourists) and much to the dismay of others (namely, those who recall wistfully how beaches were less crowded in the 80s). As a local, I am often in two minds. I feel a surge of pride whenever a foreigner has heard of my hometown, mild amusement when I realise that our international fame is partly due to a few celebrities buying mansions in Salento and declaring it “the new Bali” and only moderate annoyance whenever I am confronted with the utter impossibility of finding a parking space anywhere in August. Whether you are planning on following in the steps of Dame Helen Mirren and Gerard Depardieu and buying a house in Salento or simply wish to spend part of your summer in my beautiful region, I have a few tips for you.

1. Things you can’t get wrong 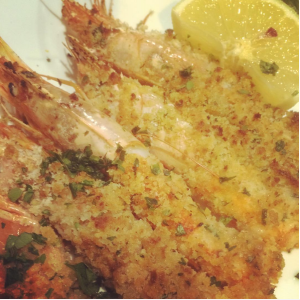 Food. We are just too good at that and it is virtually impossible to pick the wrong restaurant in a region whose culinary traditional is the epitome of everything that’s good about the Mediterranean. When in doubt, just stop by a local market, buy a bag of friselle, soak them in water for thirty seconds, cover them in fresh, chopped up cherry tomatoes and season with local olive oil, salt and oregano. Fish is another delicacy you would be hard-pressed to get wrong: most restaurants serve it and, particularly if you explore the myriad of little towns and villages along the coast, it is likely to be fresh, and by fresh I mean you get to meet and greet your dinner while it’s still alive. Every town and virtually every restaurant has its own speciality: go ahead, explore, you have nothing to lose but your figure and let’s face it, that’s why swimming was invented. As a general rule, choose small restaurants over big ones and traditional over continental. The province of Lecce has a long and rich tradition of both street food and refined patisserie. The first category includes the celebrated rustico (a round pie of flaky puff pastry, usually filled with mozzarella, tomato sauce and bechamel sauce) and calzone (a fried pizza-dough pocket filled with mozzarella and tomato sauce). A Pasticciotto is the typical dessert of this area and not to be found anywhere else: rich, sweet and crumbly pastry, filled with delicious custard. Basically, if you visit Salento you are going to eat. A lot. And most of it will be extremely good. And you will spend months afterwards furiously googling the names of products you hope to have shipped to you, because other brands of olive oil, coffee or cheese simply don’t compare.

Call us to plan your next travel incentive! 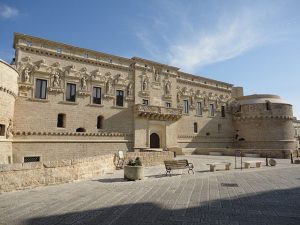 Not actual Greece, but our Greece, which goes by the name of Grecìa Salentina. This definition embraces a small linguistic minority, that can be found in nine local towns (the official number has been raised to eleven), in which the signs of the ancient greek occupation of this area are still more evident than anywhere else. Here an ancient Greek dialect known as Griko is still sporadically spoken, along with the official language and the local Italian dialects. Griko is one among thousands of ancient languages with virtually no written tradition who are at risk of disappearing, but in recent years steps have been taken to teach it and preserve it. The hellenic influence in this area dates back to the VII and VII century and it carried on throughout the byzantine domination, but the Norman conquest of southern Italy brought about what turned out to be an irresistible latinisation of the whole area, so that the hellenic community was cut off from the main land and the greek language, religion and traditions were left in a bubble, surrounded by latin influences and did not evolve either with the mainstream of greek culture nor with the local latin one. When exploring this area, you might want to start with Corigliano d’Otranto, the main greek settlement in Salento. As well as a number of churches, dating back to the XIV – XVIII century, Corigliano is famous for its imposing medieval castle, one of the largest and best preserved fortresses in the region.

3. Dawn on the Adriatic sea, sunset on the Ionian sea 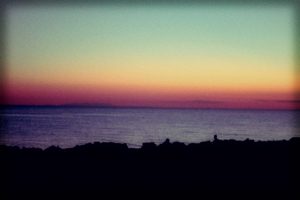 What’s more beautiful than watching the sun raise from the sea? Probably watching it go down into the sea in a burning sunset. In Salento you can have both, provided that you find yourself on the Adriatic coast at dawn and on the Ionian coast at sundown. This is no “hidden” treasure, of course: you don’t need to hire a local sherpa to tell you that, if you have an east- and a west-coast, the sun is likely to touch the horizon on both sides at different times during the day, but the sheer beauty of this simple geographical fact makes it worth mentioning in this list. If you happen to be in Otranto, when the sun raises, you will be witnessing Italy’s first dawn of the day, as you will be technically as far east as it is possible to be in Italy. On a clear day, you might be able to glimpse the shores of Greece and Albania. As soon as the first bar open, you could go local start your day with a “caffè in ghiaccio” (literally, “coffee on ice”), sweetened with almond syrup. 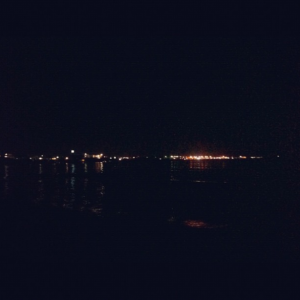 Of course you should go to the beach by day too and of course you should dive from the rocky shores, where the water is deep enough so that you can jump in safely, but still clear enough for you to be able to see every tiny pebble, shell and starfish on the bottom, but you don’t need a guide for that. Rent a car, drive, stop somewhere, walk into the sea, enjoy, rinse and repeat. Unless you are visiting in early June or late September though, you will mostly be sharing the beach – any beach – with a large crowd. While this predicament has its perks in terms of interesting conversations and summer romance, it is not quite the same as having the whole beach to yourself or being one of a handful of nighttime swimmers. If you can, pick the most popular beaches for your midnight swim, such as Marina di Pescoluse or Porto Cesareo. Virtually impossible to approach by day, these spots are for the most part blissfully empty at night and swimming in the shallow, warm and dark water in the moonlight is a surreal experience. If you try this on August 10th, though, you will have plenty of company, as this is St. Lawrence night, and it is traditional to have bonfires and barbecues on the beach all through the night and watch out for falling stars.

5. Swim in the Zinzulusa grotto 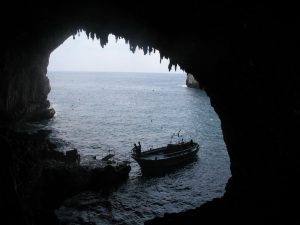 The town of Castro, on the Adriatic coast, is not particularly popular with international tourists yet, probably because most of the glamorous nightlife revolves around the city of Lecce, approximately 30 miles farther north. If you find yourself in Castro, you should not miss a visit to the Zinzulusa grotto. You will need to rent a boat at the local Marina, as the grotto can only be reached by sea. Once there, you will enjoy one of the most amazing spectacles that Nature has to offer. The inside of the cave is a magnificent maze of stalagmites and stalactites, with an internal lake. Guided tours are available, but the best way to experience this natural wonder is by swimming, snorkeling or scuba-diving. Make sure you take an underwater camera with you, you will need it.

Do you need help planning your event in Italy? Contact us!