The first edition of GECO Expo: sustainable development is possible

The first edition of GECO Expo, the online sustainability summit organised by our team at Smart Eventi in collaboration with the virtual event platform Hypersmarter, wrapped up on Saturday 30 January. The numbers speak for themselves: it was a success on every level, exceeding even our expectations in terms of audience, business partner, buyer, and exhibitor response.

The first edition of GECO Expo: let’s talk numbers… because we can.

This first edition of GECO Expo recorded 3920 attendees, including 562 buyers and 57 exhibitors, with 7570 total accesses. A total of 9662 conversations took place in our chat rooms and 7086 business cards were exchanged between participants. Our live-streamed panel discussions, featuring 65 experts from a wide range of professional fields, were accessed 5460 times. These numbers convey the scale of the event, its success, but also its potential. Thanks to the technologies used to set up a virtual trade show like this, we have a wealth of information at our disposal that would be simply unthinkable for a traditional event, and which allows us to define our strategy for the next edition immediately and effectively.

Would you like to organise a virtual trade show? Call us today!!

Italy is ready for sustainability

The goal of this first edition of GECO Expo – which was fully achieved – was to bring together all those interested in contributing to sustainable development in the future, bringing together companies and institutions, innovators and investors, young startuppers and representatives of big industries. Because it is precisely through collaboration that this new paradigm of development is created, a collaboration that must involve citizens, institutions, and companies on several levels, with policies that encourage sustainability, implementation of technological infrastructures, and digitalisation of processes. 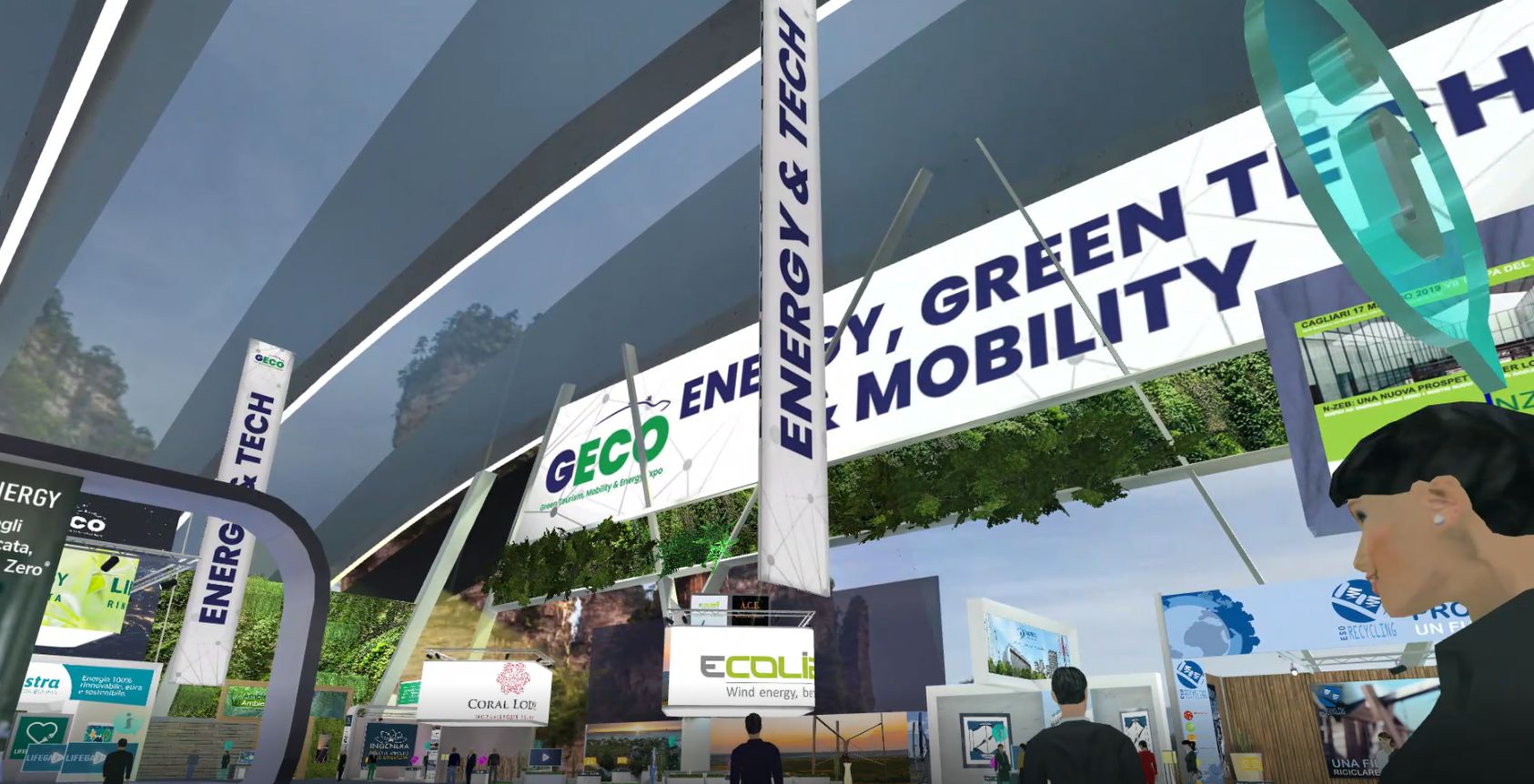 Three winners and a special mention. Out of the fifty submissions to the Smart Talks, the awards went to Biova Beer (the first “circular beer”, made by recycling unsold bread), EcoAllene by Ecoplasteam, a revolutionary non-plastic obtained by recycling packaging that until now was impossible to salvage, such as milk cartons, and the Filo&Fibra Cooking Box, which enables food to be cooked at low temperatures by exploiting the heat accumulated in the first phase of cooking, thanks to wool obtained from local farmers. A special mention was awarded to Blu Eco Line – River Cleaner, a floating barrier that collects plastics and microplastics from rivers. The projects were judged in terms of feasibility, originality, innovation, replicability, environmental impact, and active involvement of people. The winners will be able to count on coaching, visibility packages, access to the Unicredit Start Lab business platform, support in the drafting of fundraising pitches by Bizplace, and brand manual consultancy by Guru Marketing. 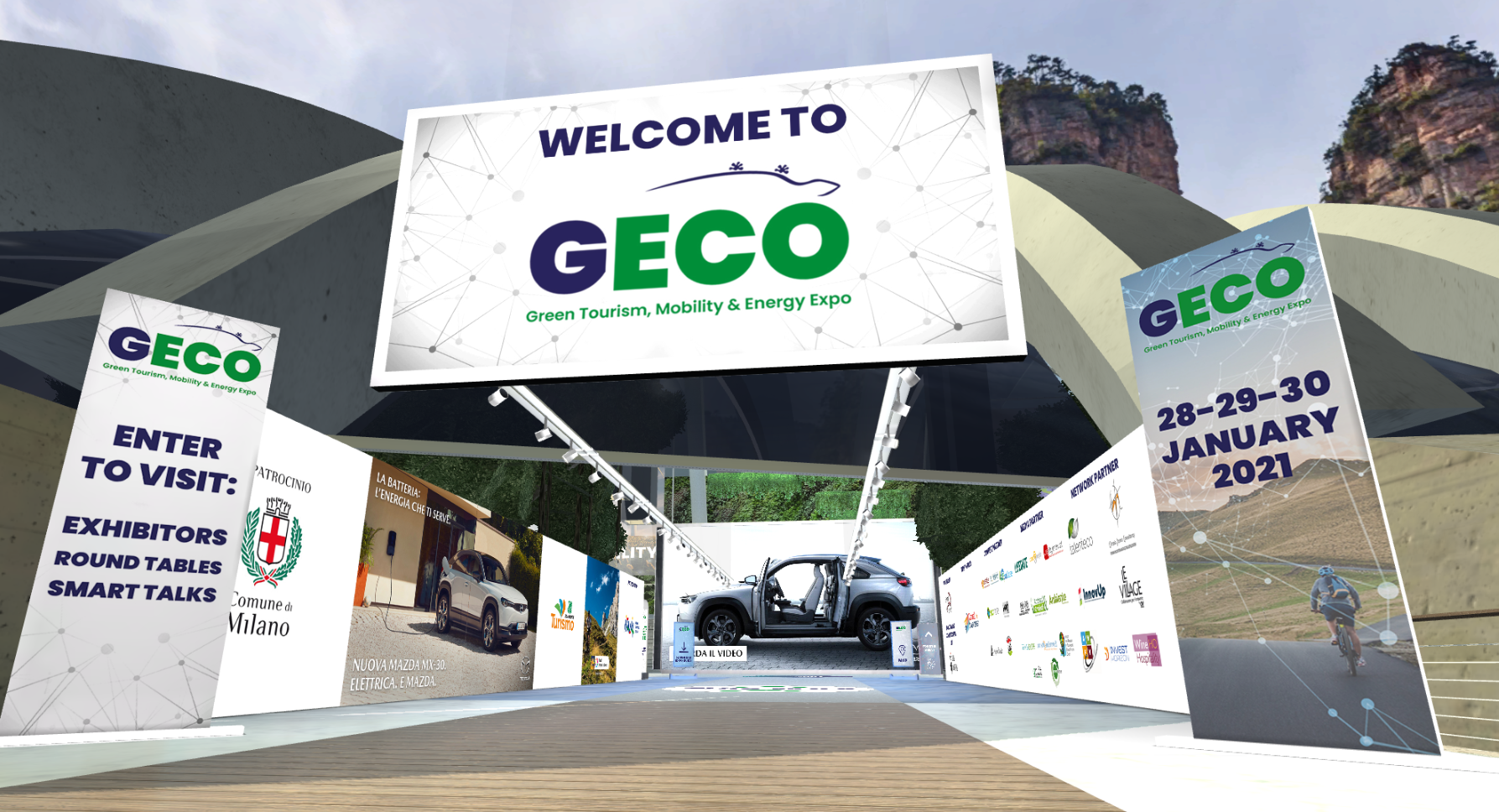 What can we expect from the second edition?

After such a resounding success, we couldn’t help but get straight to work on the second edition, whose dates will be announced soon. We have learnt a great deal from this first experience, getting to know not only which industries are most sensitive to the issue of sustainability, but also how to identify the needs of the attendees at a major event like this, which must always be supported and underpinned by open, dynamic, and effective communication. We already have lots of ideas and can’t wait to start putting them into practice!

Would you like to attend the next edition? Call us today!!