NFT, the extraordinary success of non-fungible tokens: why are they so popular? - Il blog di Smart Eventi

Home » NFT, the extraordinary success of non-fungible tokens: why are they so popular?

NFT stands for non-fungible tokens. NFTs can be viewed as authentication certificates for any sort of unique digital object, such as works of art, music, sports highlights, virtual avatars, financial documents, and loyalty points. The transaction is generally done in cryptocurrency, and it acts as “proof of authenticity” for the asset being transferred.

How can they be used in marketing? Let’s find out.

The uniqueness of NFTs and their meteoric rise

The non-fungible tokens are verified through a blockchain, an encrypted digital ledger often used with cryptocurrencies. Despite the fact that such tokens are based on the same programming as cryptocurrencies, they are fundamentally different. NFTs, unlike bitcoins, are all unique and non-fungible, and yet represent digital entities that can be easily reproduced, downloaded, and reprocessed.

Therefore, any digital object has the potential to become an NFT, as Twitter co-founder Jack Dorsey’s first tweet, which was sold as one for more than $2.9 million.

Non-fungible tokens, which first surfaced in 2014, have witnessed a meteoric surge in popularity over the years. Since 2017, a whopping $174 million has been spent on NFTs, and Christie’s auctioned the jpg of what has since become the most valuable digital work ever for $69.3 million in 2021. We’re talking about Mike Winklemann, commonly known as Beeple, and his collage of photos “EVERYDAYS: The First 5000 Days.”

This trend is being followed not only by art collectors but also by corporations such as Taco Bell, which  auctioned off unique editions of NFT paintings to aid a humanitarian cause. On that occasion, the bidding ran out in minutes, with the highest bids approaching $4,000.00.

Celebrities such as Snoop Dogg and Lindsay Lohan are sensing the deal and selling memorabilia and artwork, while an NFT TopShot of LeBron James’ dunk in honor of Kobe Bryant sold at auction for nearly $ 400,000. 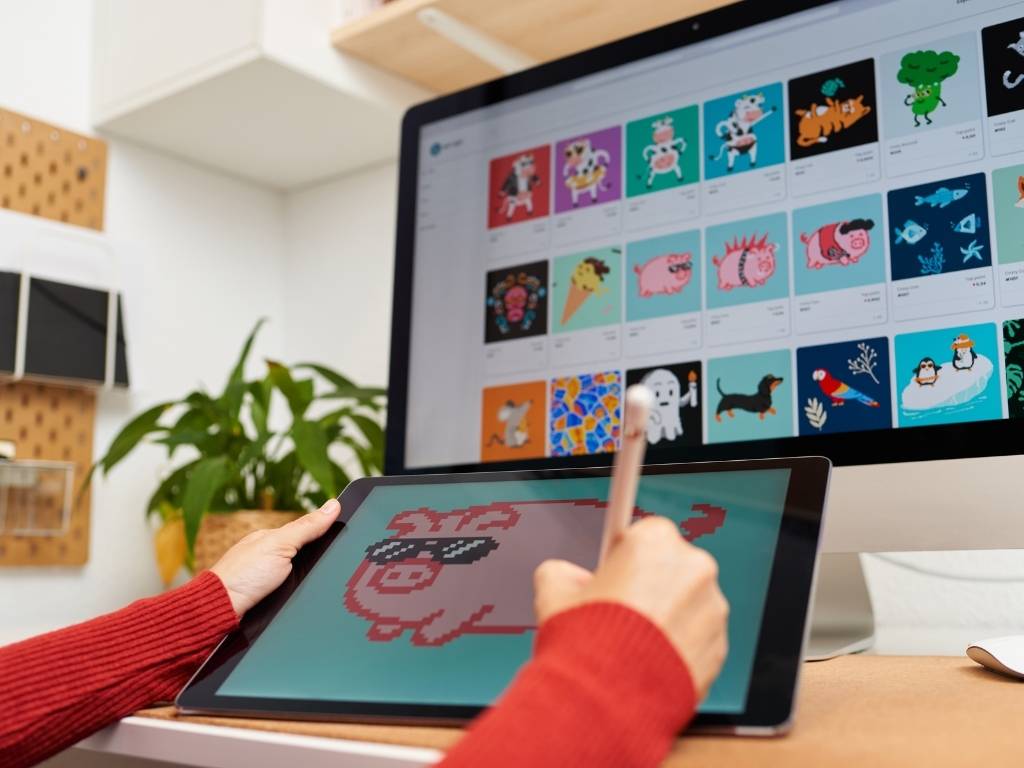 We can deliver a tailored marketing strategy for your brand. Call us today!

Some believe that NFTs will become the new frontier of investment, while others believe that this new business is a mirage, destined to become just another speculative bubble.

To this, we can add a reflection on the flaws that NFTs share with cryptocurrencies: a lack of clear legal regulation, market obscurity, and, last but not least, a significant environmental impact, due to the fact that the entire system requires servers capable of consuming massive amounts of energy.

At the moment, however, the NFT offer is expanding, with the market’s blessing and among some consternation. Non-experts, in particular, are perplexed as to why a buyer would spend money on a work that is, in any case, ubiquitous on the internet, in all of its infinite possible reproductions. It is a difficult concept to grasp for those who are not accustomed to the transformation of a world that is becoming increasingly digital and linked to a new logic.

The point is that what is obtained with NFTs is proof of ownership of the asset, which is what distinguishes it. And having something that no one else has is worth more to the buyer than the asset itself. Collectors understand this logic very well. Furthermore, because NFTs can only have one owner at a time, they are subject to exclusive ownership rights.

The relationship between artists and buyers is also simplified and becomes much more direct because the former no longer have to rely on galleries or auction houses to sell their work. Furthermore, selling directly to customers can result in a higher profit as well as a faster and easier way to monetize art.

In addition to directly managing the relationship with the potential buyer, NFTs allow artists to earn royalties from resales, which means they get a cut every time their NFT creation is sold on the marketplace. This option has never been available before.

We communicate creatively to reach and engage your target audience: call us today!

Co-publisher at "Il Mitte".
Co-founder at "Fiore & Conti" communication agency.
Freelance journalist and events moderator.
She lives in Berlin but travels all over the world.